Obligations of the Insured

An optional policy conceived in order to insure the commercial ships, fishing ships and collector ships, as well as floating plants and machinery, assimilated to ships.

Likewise, the insurance of the war ships is made within the terms of a special, written acceptance of the Insurer.

The insurance is valid in compliance with the entries in the ship classification certificate, in the insurance policy and, to the extent there are no restrictions in terms of the seaworthiness limits granted to the ship.

According to the applicable tax legislation, the insurance premiums are not VAT bearing.

Any insurance indemnity afferent to the insurance contract and the additional clauses is not subject to the income tax. These tax specifications are valid subject to the amendment of the tax legislation (the tax Code and any legislative act adopted for the application thereof).

We negotiate directly with the Insurer in order to obtain the best offers for your company for any form of insurances;

We monitor the entire portfolio of your company and we notify you about expiry dates, consultancy in case of occurrence of an insured risk;

Dedicated account manager during the performance of the insurance contract.

Obligations of the Insured

Main Obligations of the Insured

The Insurer grants indemnification for the loss or damages caused to the insured ships by the events and/or hazards of the seas or other domestic waterways, occurred while sailing and/or during the legal operation thereof, as well as for the liabilities and/or additional expenses deriving therefrom, according to one of the following particular conditions:

- only for Total Loss;

Upon the Insured’s request, the parties can agree for the insurance taken out in one of the conditions above to be extended in order to cover the War and Strikes risks as well.

Particular damage – direct and involuntary damage produced to the insured ship as a consequence of the occurrence of an insured risk.

The total loss can be:

The liability for collisions with third parties is optionally insured on this policy in a proportion of ¾ of the Insured Amount on the Policy.

The Marine and Aircrafts Insurances are not taken out in case of:

- war (even undeclared), civil war or war operations, invasion, military occupation, insurrection, sabotage, military dictatorship or usurpation of power, action of groups of malevolent people or people acting on behalf or of related to any political organization, conspiracy, seizure, nationalization, expropriation, requisition, destruction or damage from the order of a de jure or de facto government or any public authority, terrorist acts;

- explosions or heat releases or radiations originated from the nuclear fusion or fission, as well as by the radiations caused by the artificial acceleration of the particles;

- the damages produced by forcing the ice, except for the ships especially intended for this purpose;

The Insurer does not cover loss, damages, liabilities or expenses regarding the insured ship, directly or indirectly caused by:

- the incapacity or incorrect operation of any electronic, computerized system, software application, hardware component, microchip, integrated circuit, operating system, electronic equipment or component, belonging to the Insured or not, having as a result the incorrect or ambiguous transmission, change, interpretation, handling, processing, recognition, correspondence or transfer of the time, date or year;

- any amendment, implementation or test of any electronic, computerized system, software application, hardware component, microchip, integrated circuit, operating system, electronic equipment or component, belonging to the Insured or not, made in order to change or modify the year, date or time, or any provided assistance or service related to this kind od changes or amendments;

The provisions of the items above are not applied in the event the Insured proves that the events of the nature of those described in that item are not result of the lack of diligence thereof, of the ship-owner, of the managers, superintendents or of any person from the coast management;

In case of an insured event, a standardized procedure is followed for the solving of the respective situation, the client being supported by the insurer and the broker throughout this process.

ASK FOR A CUSTOMIZED OFFER! 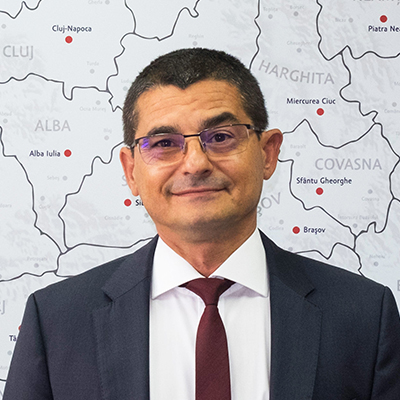